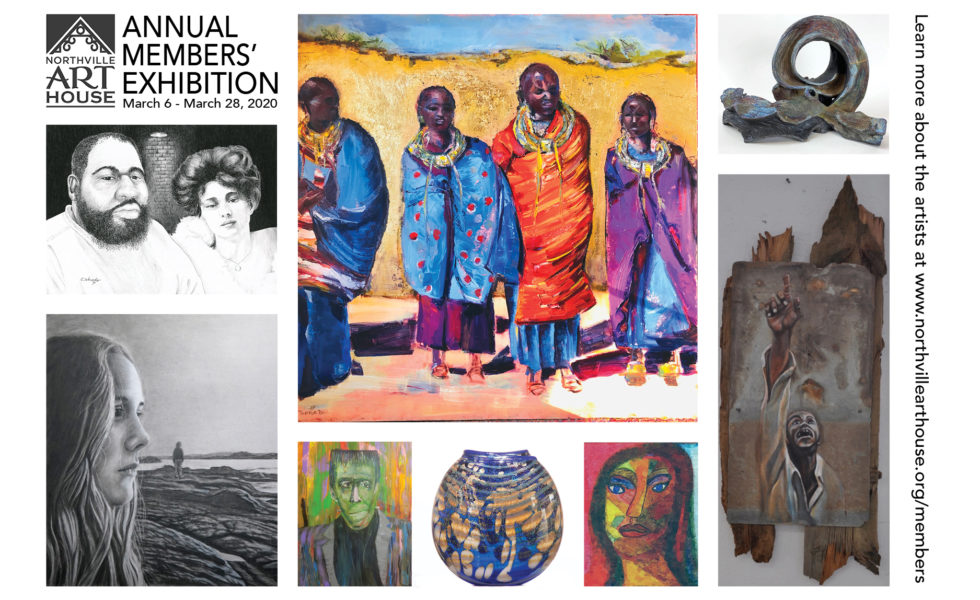 Held in appreciation of members, this annual exhibition showcases the talents of current member artists through original works of art created in a variety of media and styles.

The 90 works in the exhibition can currently being viewed online at https://northvillearthouse.org/virtualexhibitions/ 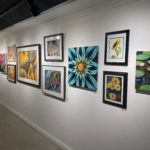 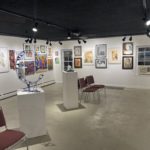 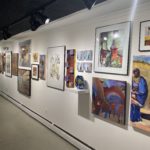 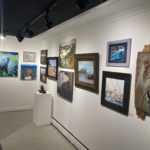 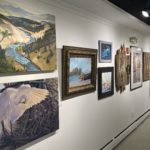 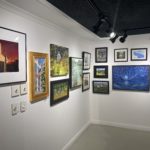 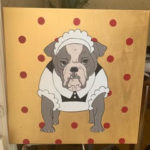 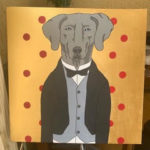 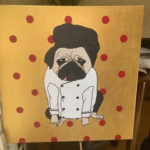 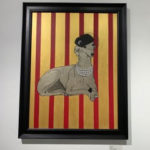 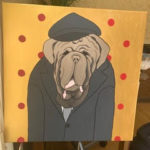 The Chauffeur, acrylic on canvas, $500 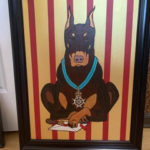 This project consists of 6 different characters, expressing in an irreverent and candid way the dynamics of relationships and the power behind human interactions. Each character has his own personality and tries to speak about himself through his objects and dress. There’s an equilibrium between shapes and colors.

Sonia Giannini is an Italian architect and artist. After her academic studies in Florence, she traveled and lived in several countries from Northern Europe to North America. During this time, her Italian roots became a magnifier glass to observe society and how different culture affects human lives, enriching her as a person and as an artist.

Her vision of the world is mostly positive and vivid, made out of hilarity and a smiling approach to life and daily events. She pursues an idea of “surreal-realism”, composing her works with geometrical and colorful patterns, mostly designed to make her characters outside a specific context, suspended somewhere between dream and reality.

Sonia’s architectural background influences her artwork with a design approach. Everything is planned ahead of time and space for unexpected inspirations is considered. Her paintings are intended as a series, built to deliver a story and a message which goes beyond a single painting.

Sonia currently lives in Northville, Michigan, where she has found an environment that inspires her creativity. She is working on a number of new and ongoing projects.

About our Exhibits
The Northville Art House presents juried, invitational and open call exhibitions highlighting the artwork of established and emerging artists from Metro Detroit, the U.S and around the world. Opening receptions take place the First Friday of the month from 5:30 – 8:30 pm and are always free and open to the public.

DONATE to build our educational programs.

VOLUNTEER to impact your community.